The tropical system has moved onto the Texas coast near Corpus Christi, TX this afternoon. The heaviest rains have so far been along the upper Texas coast near Houston, but overtime, we will see heavy rains moving inland across most of the central and northern Texas coast.

The system will move into south-central Texas and will become almost stationary for a few days. Yesterday it appeared the system would only produce a few inches of rain but now it appears the system becomes stuck which means several rounds of heavy rains and thunderstorms across parts of San Antonio to Houston and as far north as Dallas.

San Antonio, Austin and the Hill Country will see several inches of rain and some places could see a foot of rain. This means some serious flooding is possible over the next couple of days.

Remember, flash flooding happens fast. It only takes 6 inches of fast moving water to push a car down stream. Driving across flooding roadways could be dangerous in this situation. 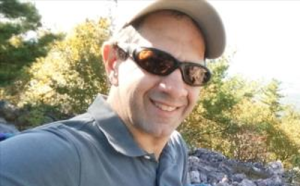