Hector Passes by Hawaii, but Could Become Longest Tracked Storm over 7000 Miles 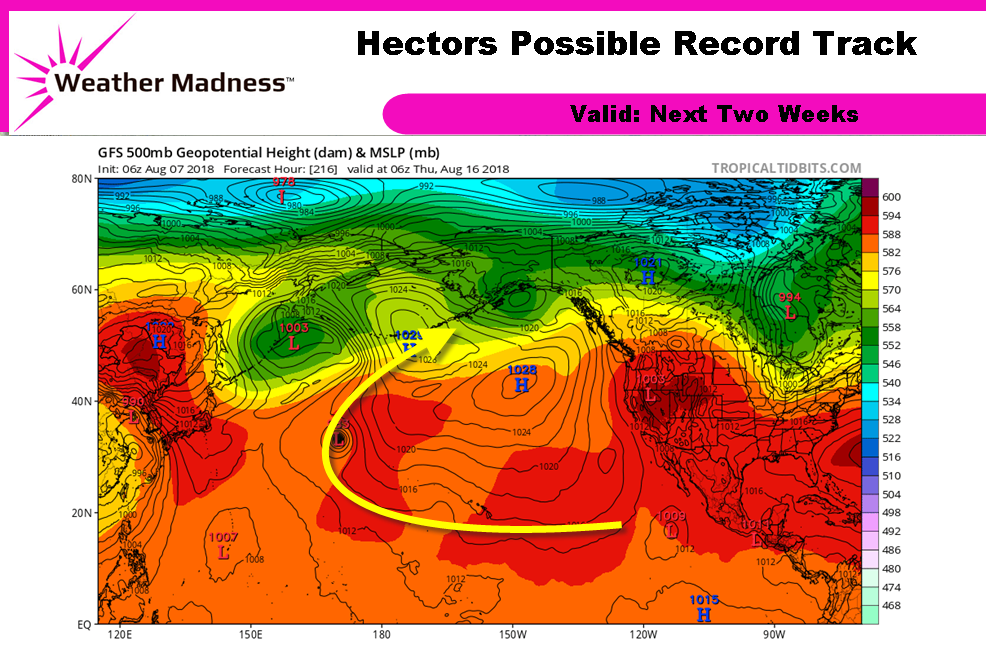 Major Hurricane Hector is currently southeast of the Big Island in Hawaii and is expected to pass about 145 miles south of the Big Island on Wednesday. At the distance, Hector will only produce large waves across the Island and have little impacts in regards to wind and rain.

The operational models (GFS and ECMWF) are showing Hector moving across the Pacific then recurving to the north and eventually into the north Pacific over the next 14 days. On that track if it occurs, Hector would cover over 7000 miles and could be the record longest tracked tropical system, beating hurricane John in 1994 which traveled 7165 miles over 31 days. John started near Mexico and manage to cross the Pacific and become a typhoon.  The storm recurved into the north Pacific and was absorbed by a northern latitude storm.

Hector may also impact parts of Alaska or British Columbia depending on what happens with the storm becomes involved with the northern jet stream.

Updated Sunday AM: Ian May Redevelop Off the Coast of Maryland