No Hope for Heavy Rain Relief! More Flooding Next 10 Days 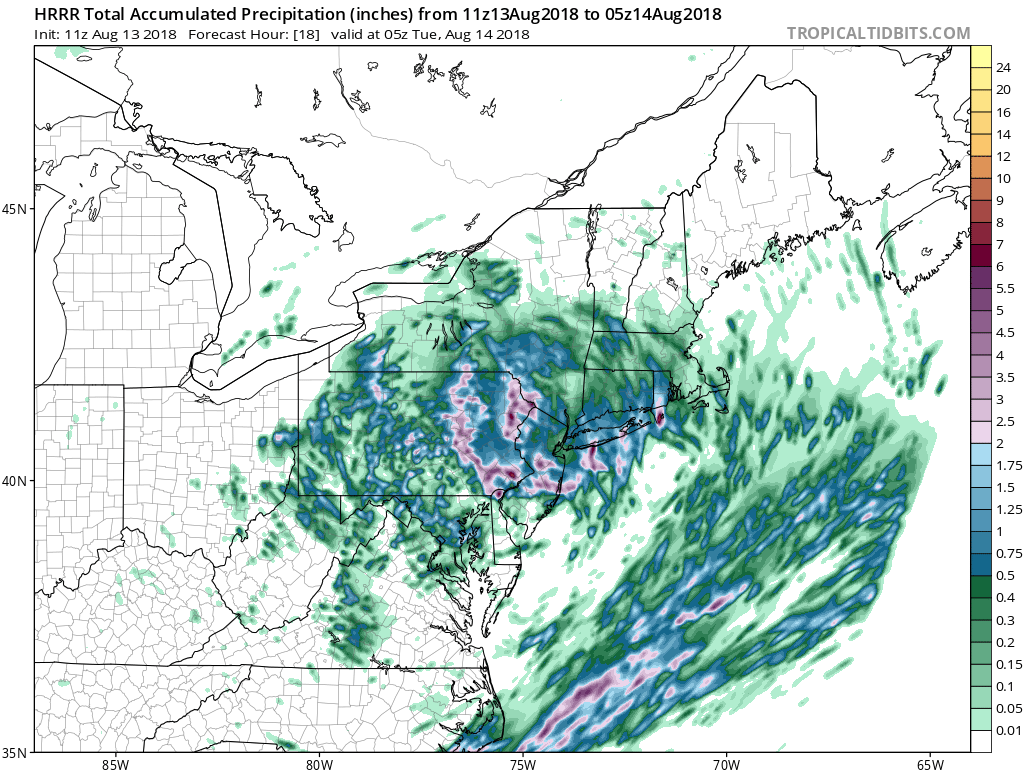 I don’t have any good news in regards to the heavy rains that continue to impact parts of the Appalachians and Mid-Atlantic.

Today, heavy rains will hit or are hitting Pennsylvania, especially eastern Pennsylvania, New Jersey, southern New York into Maryland and Virginia over the next 10-14 days. As one system moves out another one will come in and continue to bring the threat of heavy rains to the same areas that have been hit since July.

Eastern and central Pennsylvania have been hit the hardest and once again today they are getting hit again with heavy rains up to 5 inches. This will cause renewed flash flooding in many areas that were already hit by flooding.

The current upper level low will move out later Tuesday, but another will move in later this week and weekend bringing more heavy rains and flooding potential.

I still remain concerned that a tropical system will somehow work it’s way into the flood zones maybe late August or September and really push the bounds of flooding.

One thought on “No Hope for Heavy Rain Relief! More Flooding Next 10 Days”