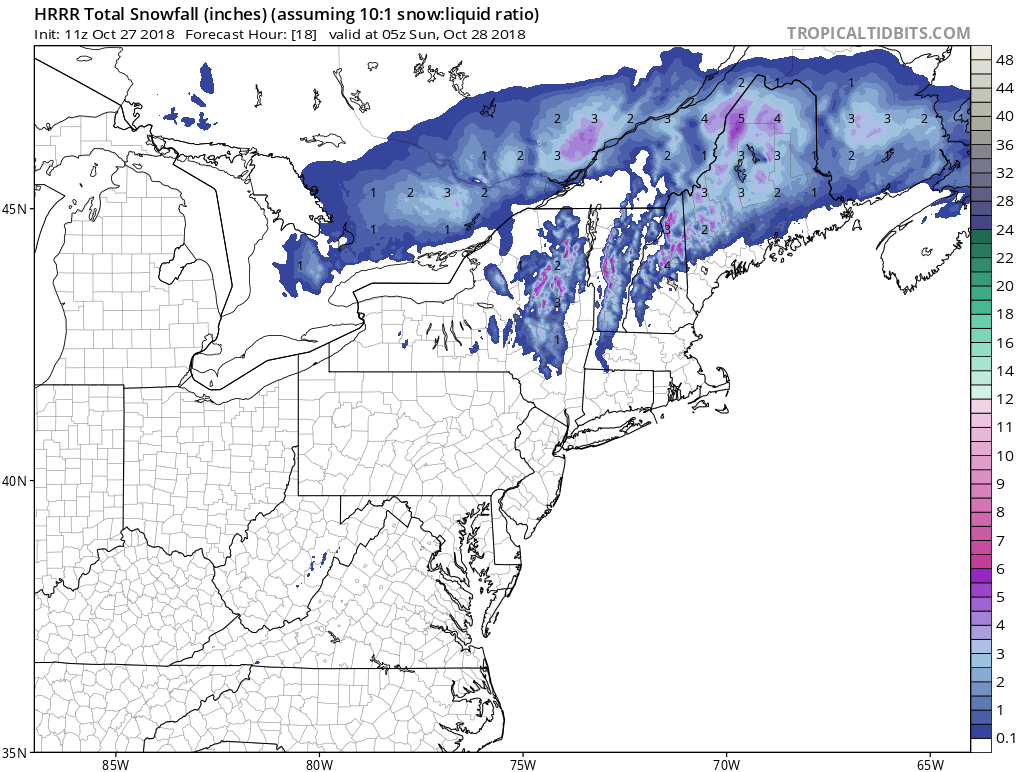 The storm this morning is located just off The Delmarva and is moving north up the coast. The snow associated with the storm will be confined to the higher elevations of the Northeast which the HRRR model is showing in the image above. Temperatures were so close for snow in the Appalachians but I think given the time of the year and the tropical origin of the storm the snow threat turned into just a cold rain. In any case, the crashing NAO did produce the blocking pattern and the coastal storm as expected.

In additional to the cold rain, we have strong winds moving up the coast with gusts 40-60 mph. Some of the videos I have seen this morning of the coast is impressive with large waves and coastal flooding.

Rains will be heavy through the Northeast as well with some flooding problems but not widespread flooding.