How Much Snow with the Storm Next Week? 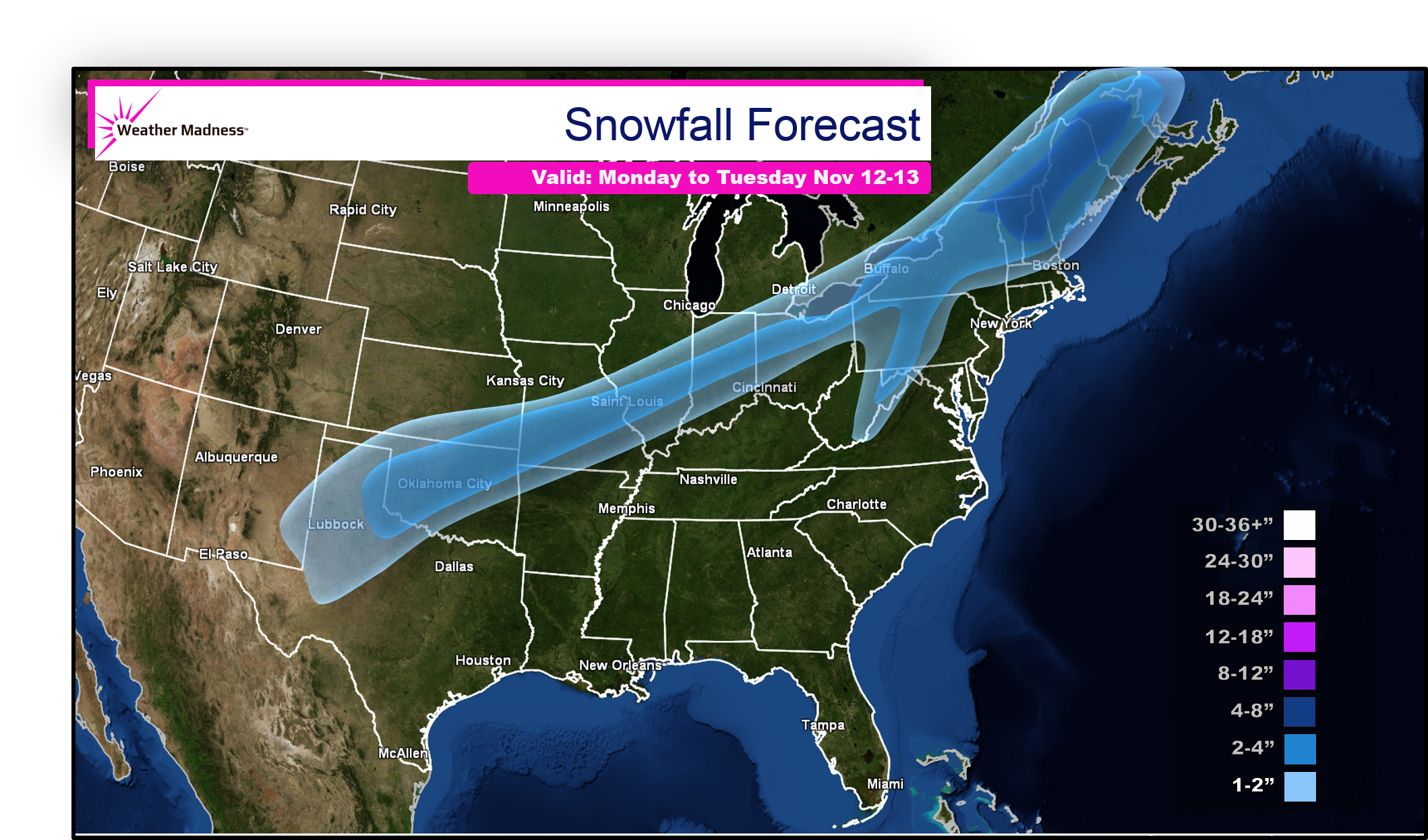 I will be doing a live blog for the snow event next week so I can add my thoughts in anytime.  The focus will be on the storm early next week that may produce a swath of snow from the southern Plains to the Northeast.

Monday November 11, 2018 8:00 am – I made an update to the snow map above just slightly pulling the snow north a little in the Ohio Valley. Most of the trends on the operational models is to weaken the snow coming into the Ohio Valley then strengthen it up again across the Northeast as the storm develops along the East coast. The heaviest snows will fall across the Northeast with up to 8 inches over the White Mountains. As a side note, while the cold and snow are in the East, the pattern is such that Santa Ana winds occur in the West which is not good for wild fires.

While this is not a big snow event, roads will be snow covered and icy in places.

Below are the various computer model snowfall for the first event.

Sunday November 11, 2018 7:00 am – I posted my snow map for the storm above. The map is basically a consensus of the models as the GFS went more to the ECMWF solution and the ECMWF adjusted east slightly. While this is not a big storm, it is a storm the will bring snow over a wide area of the country from the Southern Plains to the Northeast.

Below are the various model snow predictions including the NAMS.

After this storm is over, things get interesting again at the end of the week. A tropical system in the Atlantic will hold things up along the East coast which will allow a secondary storm to develop. The GFS is going with a big snow event in the Appalachians while the ECMWF is going with mainly a rain event with snow on the back end across the Ohio Valley and some front end snow.

Saturday November 10, 2018 7:00 am – It appears to me that the models are starting to come into some agreement on the swath of snow next week. The ECMWF has gone a little bit to the east while the GFS has gone a little more to the west. The CMC model seems to be the best consensus of the models. After the morning runs come out I will issue my first snow map for the storm.

Friday November 9, 2018 7:00 am – The run of the GFS model remains fairly consistent with the snow swath coming up from the southern Plains along the Appalachians into the Northeast with pockets of significant snows i.e. 4+ inches.

The ECMWF model seems to be making some adjustments last night as it snow has snow across the southern Plains and a snow swath east of the Great Lakes. The two models are not in agreement yet which is always concerning but normal early in the forecast time period.

I do know snow is coming with the storm next week, right now I an not sure which way to lean in regards to the amount of snow and location. None of the indicators really give any indication on which way to lean right now. I guess one can say that the CMC model below is a consensus of both operational models.