Heavy Snow Swirls across the Plains and Midwest this Weekend 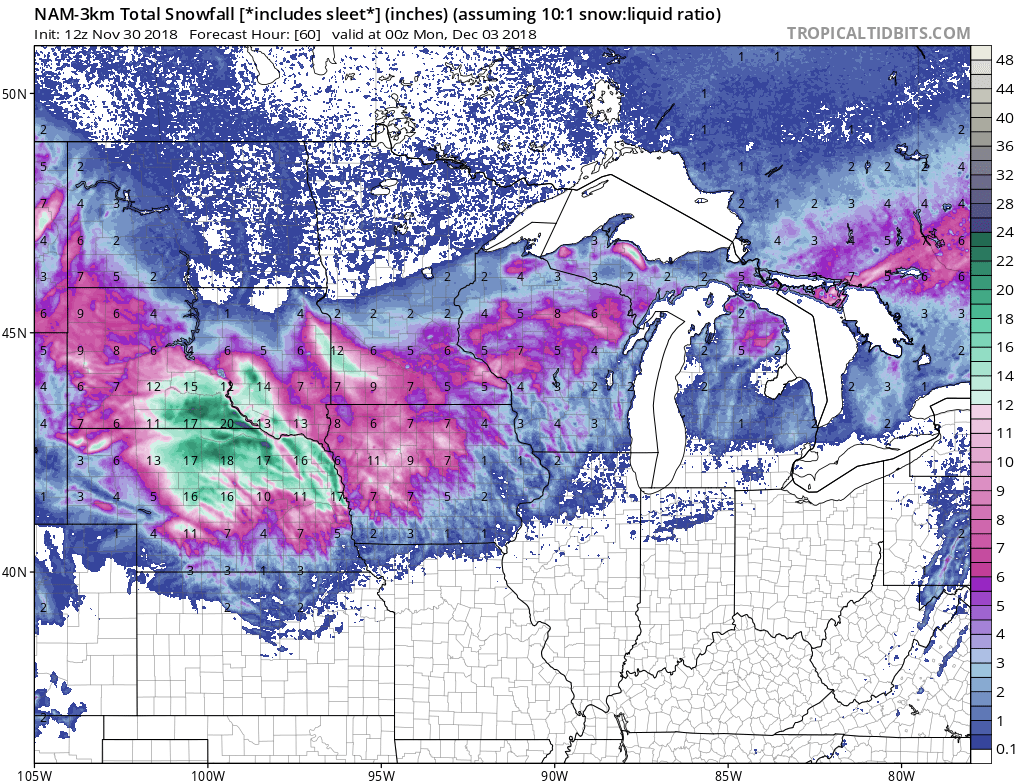 A storm moving out of the Rockies will bring swirling snow to the Plains and Midwest this weekend.

You can see on the snow accumulation map above that the snow will be heavy and widespread, impacting areas from Nebraska to Wisconsin. Some areas will see over a foot of snow which will be blown around following the storm.

The snow will hit major interstates including I-80, I-90 and I-35. Given the heavy snow and blowing snow, travel will be disrupted and sections of roads could become closed.

← Nighttime Tornadoes Possible, Could be Bad!
Daily Video: My Thoughts on the Weekend Storm →