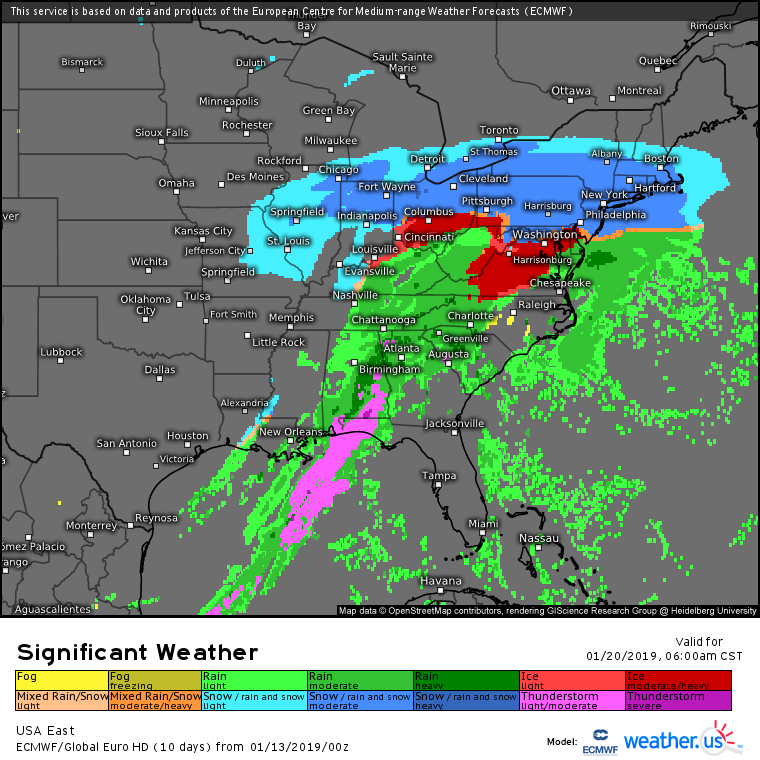 Most if not all models are showing what will be a big snowstorm followed by a shot of Arctic air that plunge into the eastern half of the country next weekend. While details of the snow will change multiple times during the course of next week, I am fairly certain that it will turn colder behind the snowstorm.

Some models are showing incredible amounts of snow while others are showing 1-10 inches of snow. With arctic air getting involved, snow ratios will vary and can end up meaning snowfall over a foot in many areas. The extreme would be a blizzard in some areas of the Northeast if the storm takes a track to the East coast. I think the GFS track is probably not going to happen because storms typically don’t like to ride up the Appalachians, they like to jump the mountains and reform on the coast which is what the ECMWF is showing and I am leaning towards. 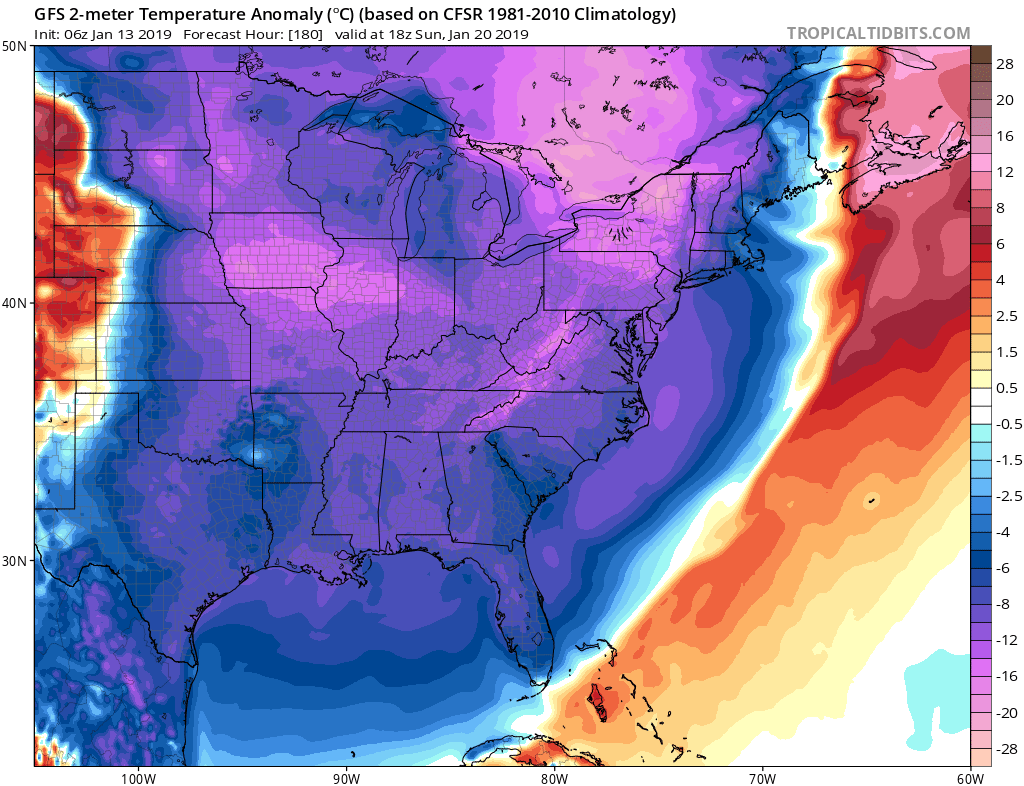 Behind the storm, it will turn very cold for a few days and that cold is going to plunge all the way down into the southern states. This is the type airmass that brings single digit temperatures to parts of the Midwest, Great Lakes and Northeast.

I will show the various snow maps below but keep in mind, this could be an extreme event if everything comes together.

← Daily Video: How Much and Snow and Where
Heavy Snow….Cat 4 Big Daddy Scale Potential! →