Blizzard to Pummel the the Plains and Upper Midwest 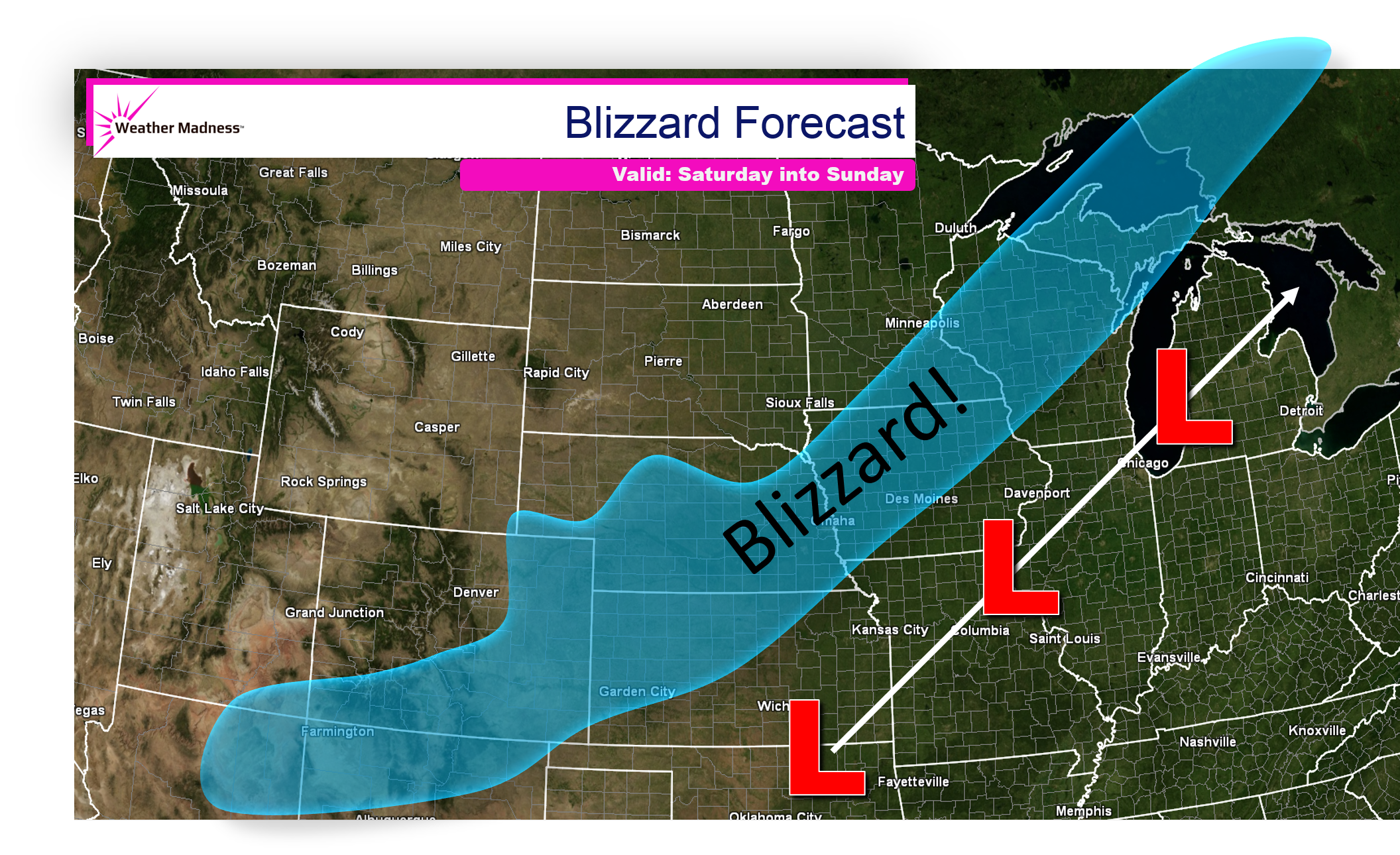 The historic storm that has produced snow in California and record snowfall in Arizona will move into the Plains Saturday and sweep north Saturday night and Sunday. A band of heavy snow and high winds will move along with the storm producing blizzard conditions from eastern Colorado to Wisconsin. While the storm will be quick moving, the conditions during the blizzard will be harsh and will result in road closures and travel problems.

Winds will be gusting 40-60 mph and snowfall will be mainly under a foot because of the slow movement of the storm.

The map below is the snowfall depiction from the ICON model. While conservative on the snow amounts, you get the idea of the placement of the snow. Honestly, with the winds whipping the snow around, it will be hard to measure the actual amounts. 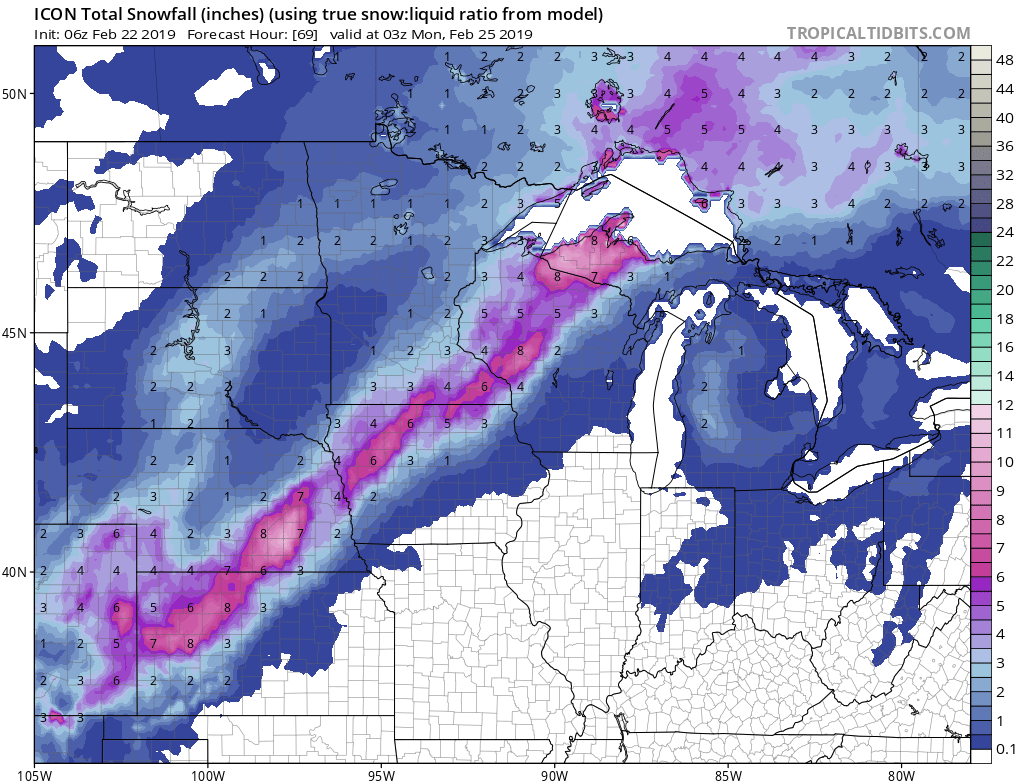