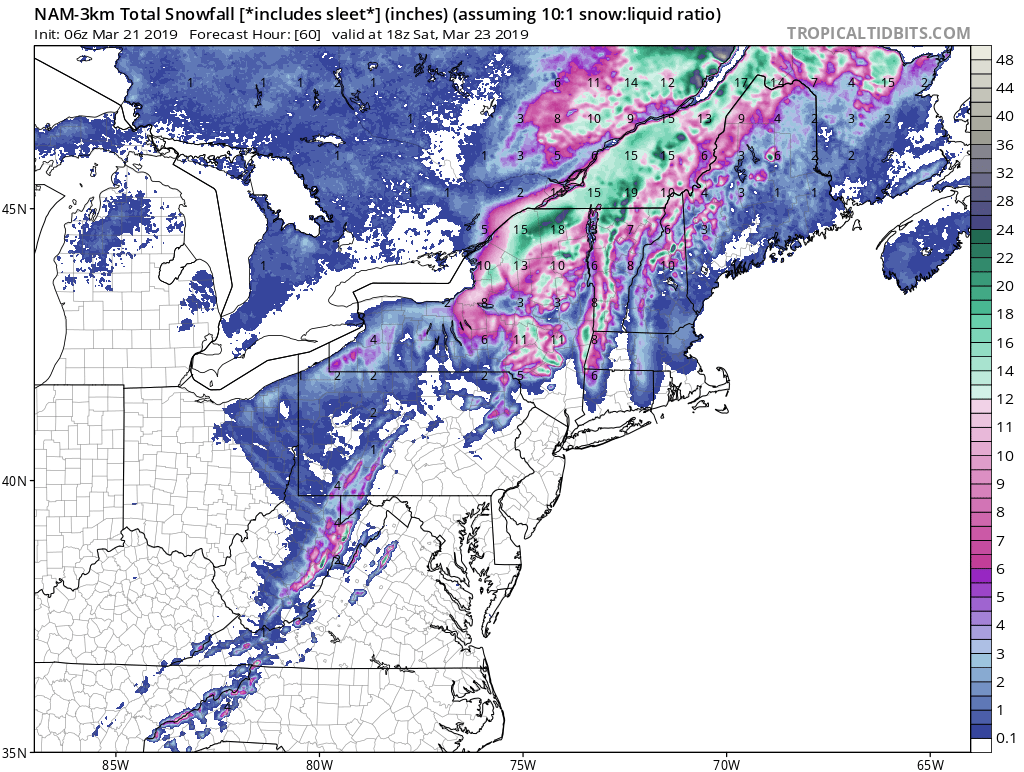 The coastal storm is developing, but actually developing inland of the coast so probably will not bomb-out over land but will have to wait until it redevelops off the New England coast later tonight and early Saturday. 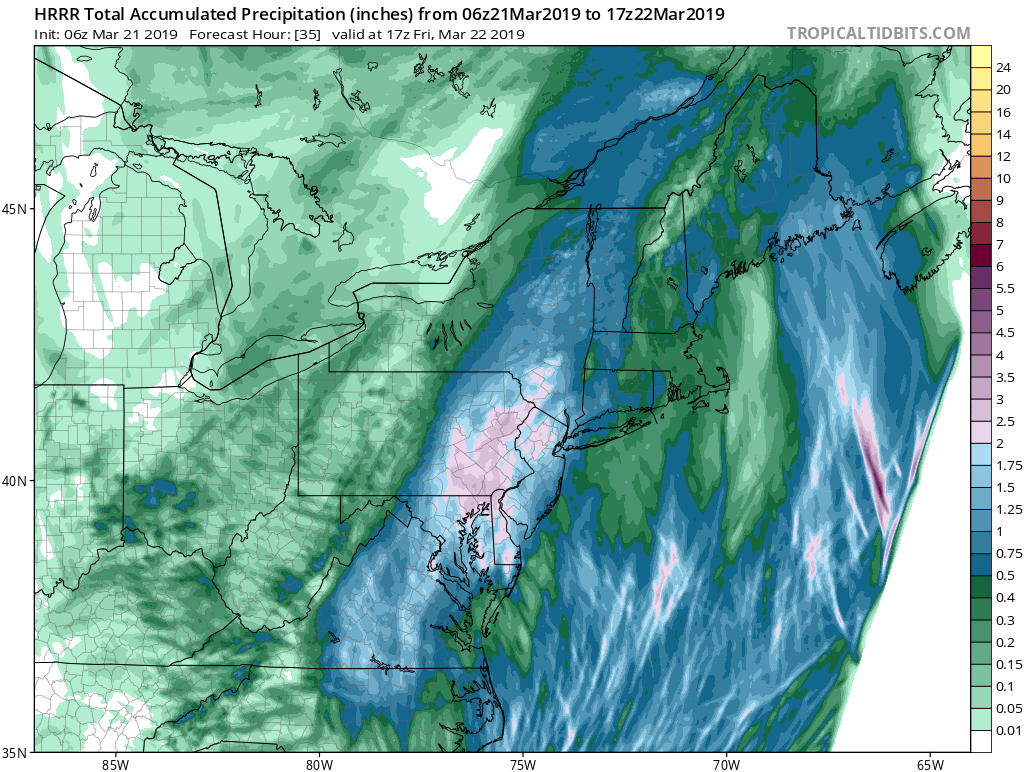 Heavy rains will hit areas from Virginia all the way to New England and given the amount of rain ans soggy conditions, flooding may occur.

The system is part of the rule-of-thumb when it comes to big storms. I mentioned that after a major Plains storms, watch the East coast for a storm within 14 days.

← Coastal Storm after Plains Blizzard, Fun Rule of Thumb to Watch
Video: One Last Snow From the Rockies to the Great Lakes! →