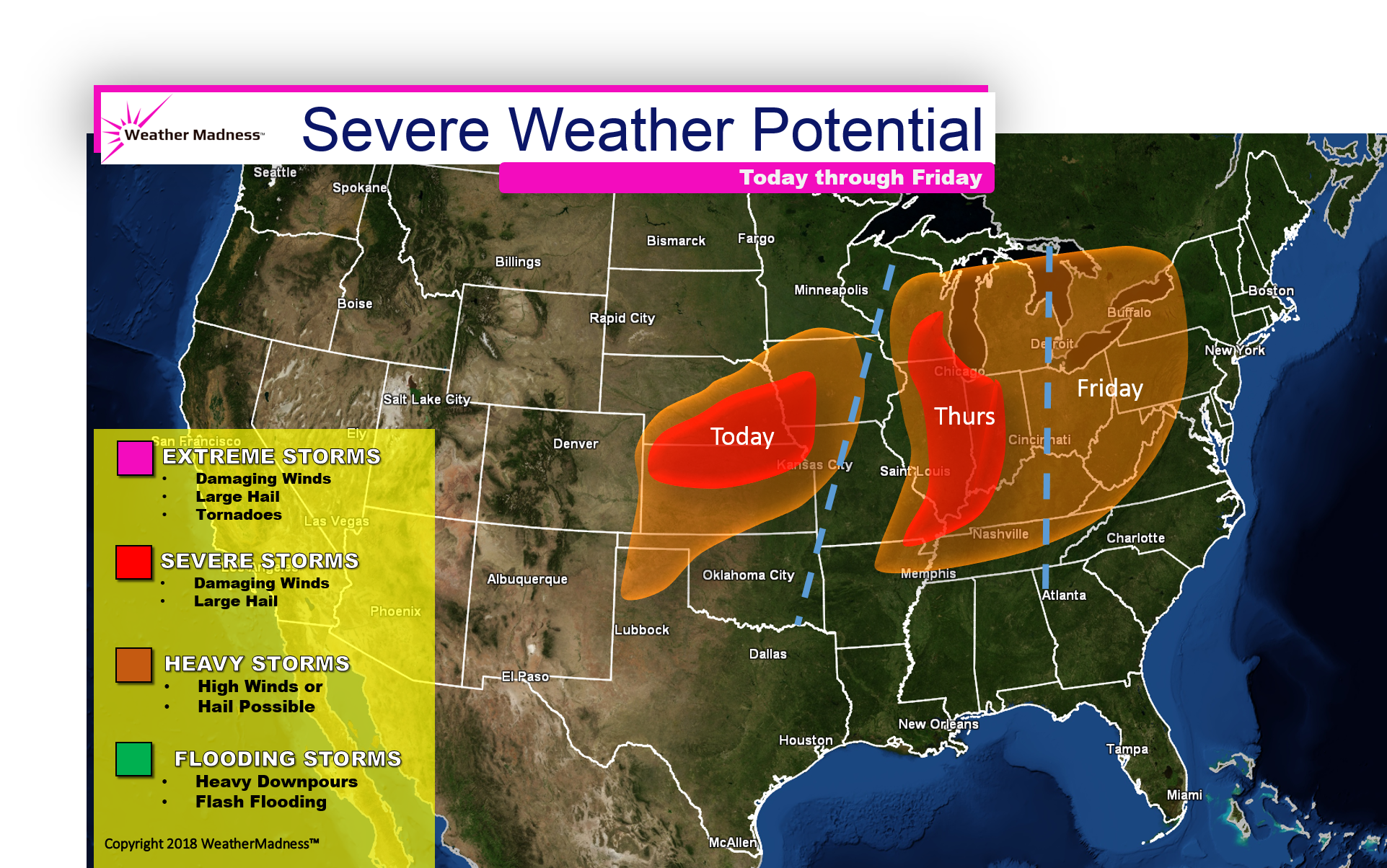 Above is my map for the outbreak of severe weather that will start today and go through Friday as a squall line moving into the Appalachians. 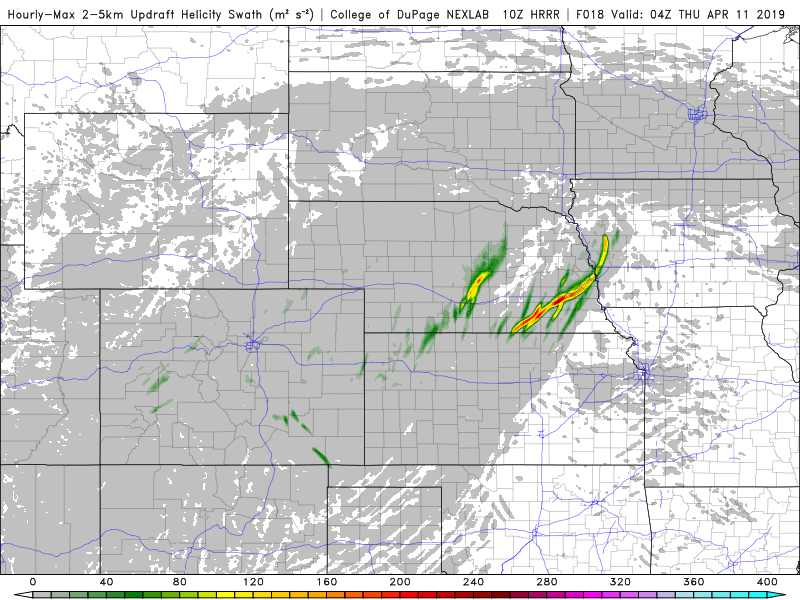 The threat of tornadoes will occur today in the Plains as the storm begins to develop and thunderstorms get going. It’s not out of the question that blizzard warnings are up against tornado warnings within a county of each other. That’s the way the weather works in the Plains when you have this type of storm. The HRRR rotation swaths are pointing toward eastern Nebraska for tornado potential while the nest NAM is pointing toward northern Kansas. In any case a tornado threat exists very close to the low center as it moves into the Plains.

Thursday, a line of storms will develop in the Midwest and that line will move across the Ohio Valley early Friday and then into the Appalachians later Friday. The primary impacts with that line will be straight line winds with gusts 50-70 mph. The lakes being cold will have a tendency to weaken storms as the line moves over them.

The animation below from the NAM 3km shows the evolution of the storms over the next 3 days. Notice how the storms move into the cold air causing intense snow depicted by the dark blues.