10:1 Ratio Snow Maps vs Reality of the Big Daddy Blizzard 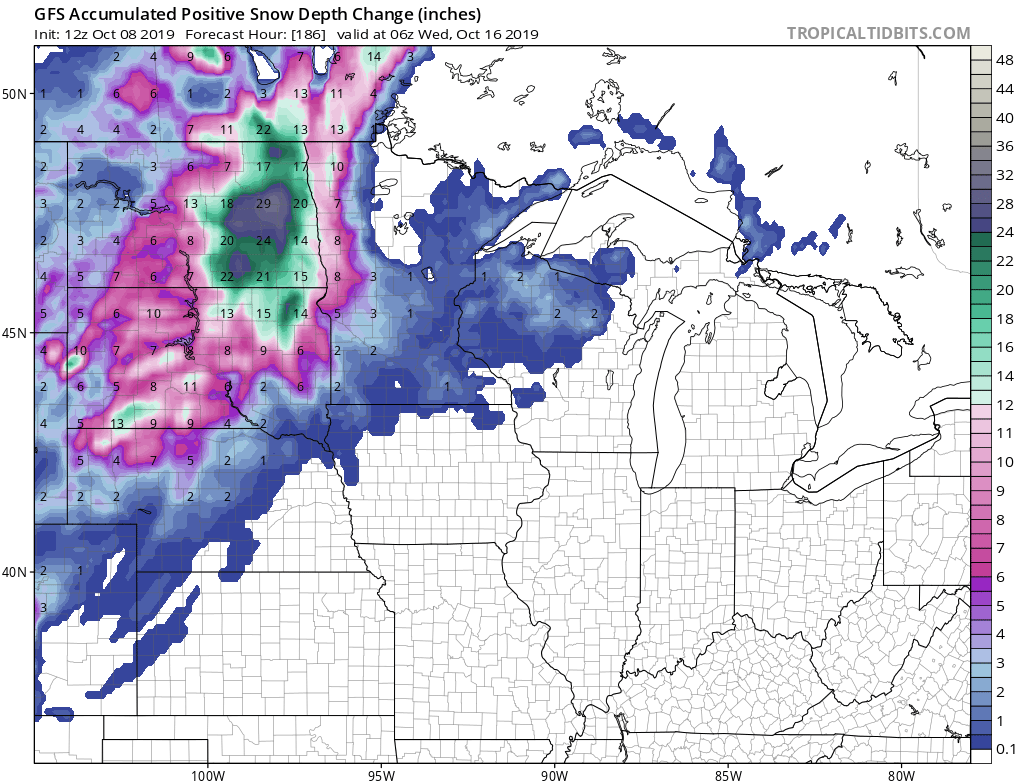 I want to illustrate a point about using snow maps as gospel. The computer models use what is called 10:1 standard snow ratios to produce the maps meaning that for every inch of liquid you get 10 inches of snow. So most of the model maps you see out there in social word are typically 10:1 ration maps. The exceptions that I have seen are maps produced by Ryan Maue who has produced some computer forecast maps showing snow ratios of varying degrees.

So for the Big Daddy Blizzard that is coming I urge caution talking about amounts over 3 feet despite models showing that. If you look at the GFS model below, you see the liquid amounts and the 10:1 ratio snow amounts which show up to 44 inches of snow. But the snow on the ground produce which takes into account melting and other factors shows only 29 inches which is probably a better amount of snow that will be on the ground given the time of year and snow ratios which probably will be in the 6:1 or 8:1 range. So in my expert opinion I think we are looking at 27 inches as the top amounts with a large area of 6-20 inches of wind blown snow.

It’s still a nasty storm with winds up to 50 mph, falling temperatures and a heavy wet snow that will cause power outages since some trees still have leaves on them. Expect travel delays and road closures to last into the weekend.

Just wanted to give my two cents on thins given that social media is blowing up with all kinds of craziness.

2 thoughts on “10:1 Ratio Snow Maps vs Reality of the Big Daddy Blizzard”

Weekly Highlights – Stormy Across the East and More Mountain Snows