Posted on November 8, 2019 by Henry Margusity 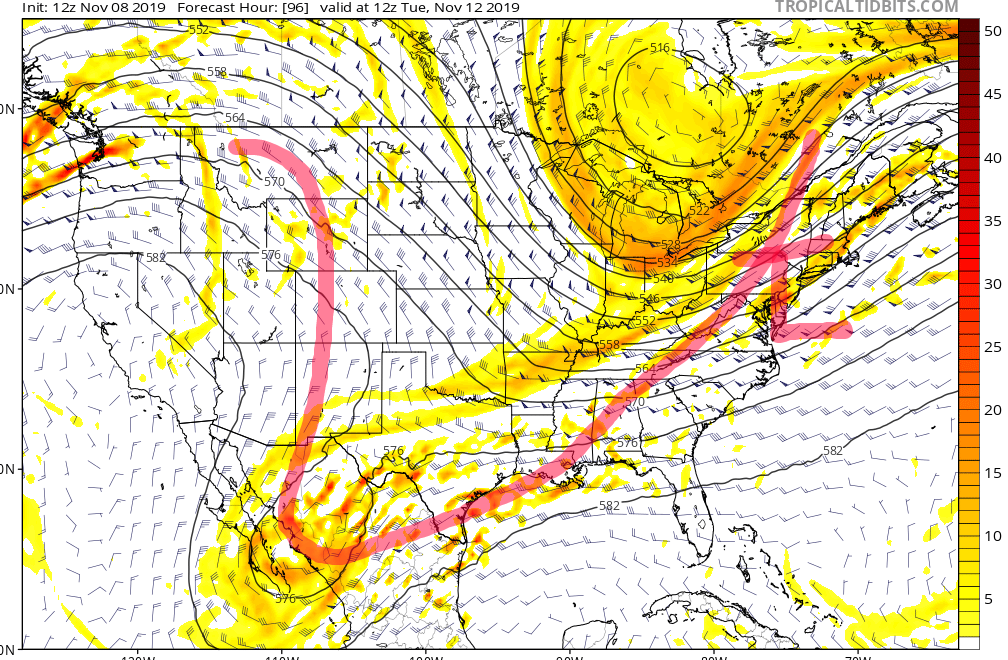 Not much has changed this afternoon with the models. The GFS has made some changes back toward the east on the storm track and it’s hard to tell if the ECMWF has made any changes. As i said this morning, typically the storms don’t go up the spine of the Appalachians. It’s either west or east of the mountains, and in this case I do think over the weekend we will see a shift to the east once again with the models.

Snow Early Next Week will Impact Many Cities…

Just Where will the Snow Fall?

Why I think the models made the change to the west the last 24 hours has to do with the strength of the cutoff low in the Southwest. Initially it was weaker and just phased with the trough, but now is stays it’s own feature causing the northern branch trough to hang back some thus pulling the storm track away from the coast. If that upper level low in the Southwest ends up weaker as I think will be the case, the troughs should phase and the storm ends up back along the coast. Just my two cents.

Just some model maps for your enjoyment.

← Snow Early Next Week will Impact Many Cities…Just Where will the Snow Fall?
Expanded Snow Sunday Night to Tuesday →

One Comment on “Southwest Cutoff Key to Eastern Snow!”