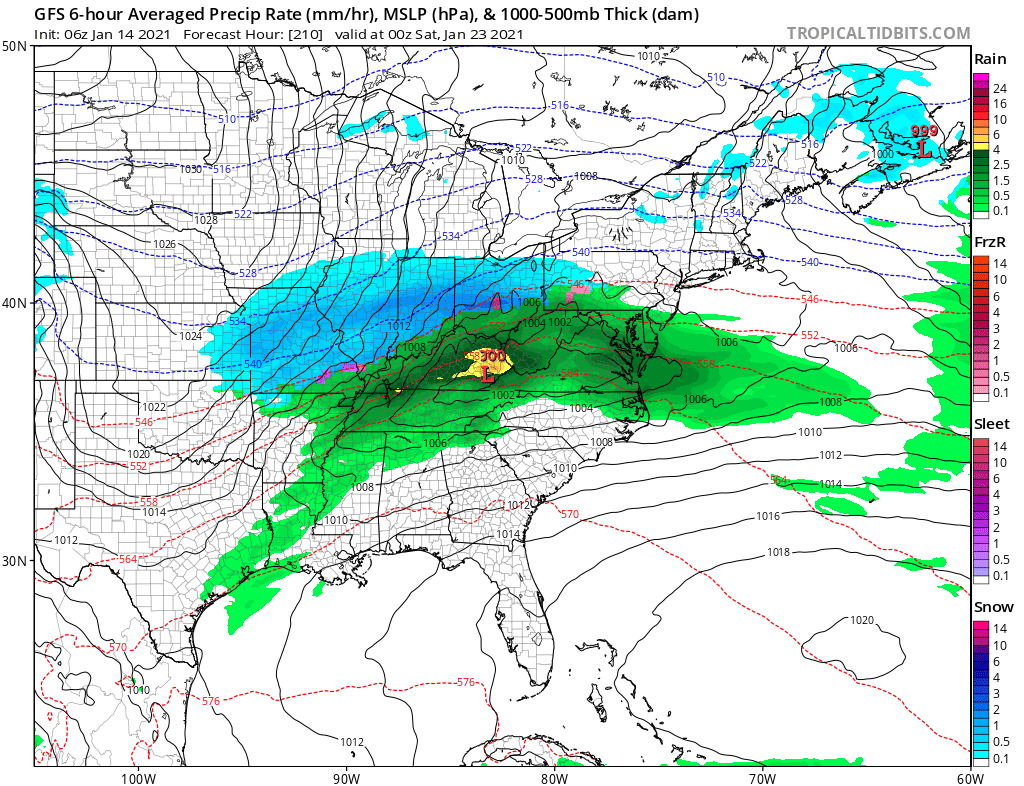 The blocking pattern will remain in place through the end of the month and probably well into February. This will lead to storms going from west to east across the country with what we call “overrunning” snows on the north side of the storms.

This is where the cold air remains across the northern tier of the country and warm air is forced over the cold air causing snow and ice. You can get widespread snows from each of the events and that’s why when you look at the operational models snow cover, notice how the snows are confined to areas mostly north of I-64 which runs form Kansas to West Virginia.

The question becomes, will any of this storms as they hit the East become a monster of a storm, which if you look at the GFS and CFS, they both say yes. Even with the PNA going negative you can get big East coast storms, so don’t let your guard down because things may happen fast.

One thought on “Snowy Pattern Coming by Way of Overrunning Storms”