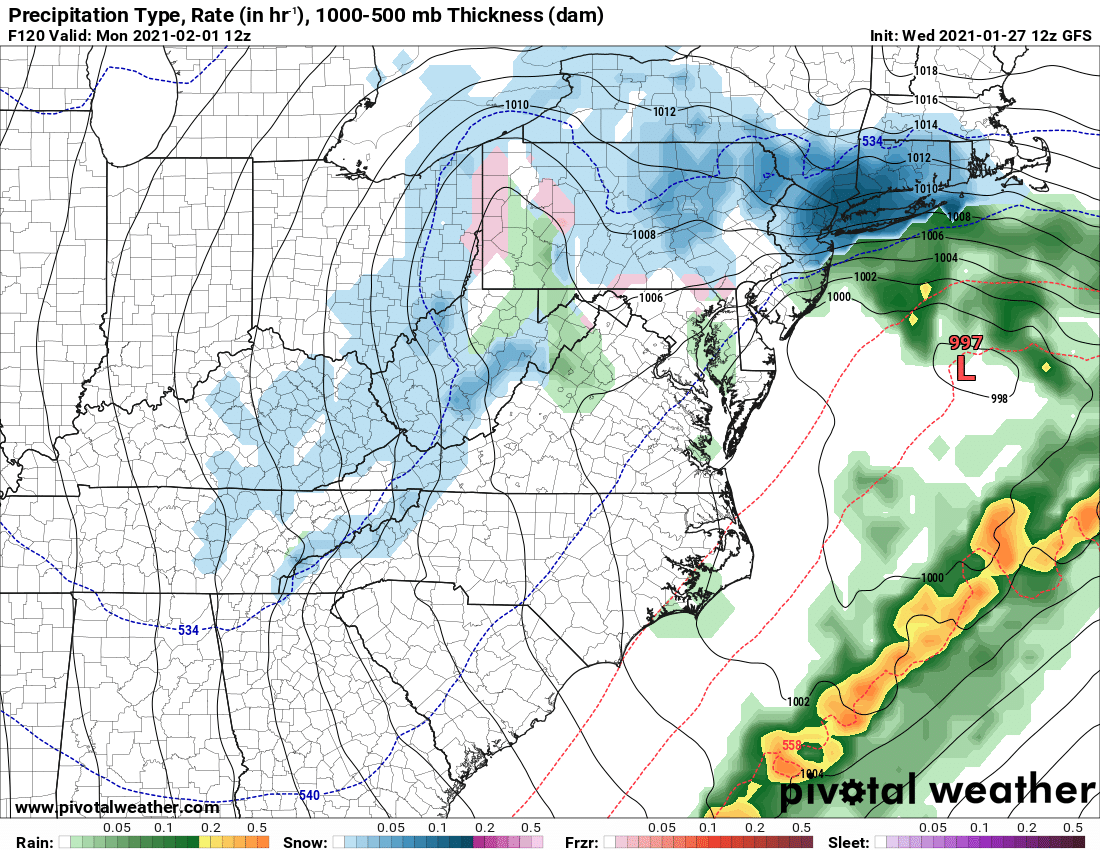 I am going out on a limb with a first look at snowfall given we still have several more days until the snow comes along. The storm that comes out into the Plains will be complicated at best with the snowfall as the trough coming into the East goes through several transformations over as 3 day period. Snow will develop in the Midwest and Ohio Valley first with a band of heavier snow through the Ohio Valley. Thunderstorms that develop will ride into the cold air across the southern Ohio Valley, enhancing snow rates. We will also see another heavy snow area developing across parts of western Virginia. The storm reforms along the coast and becomes a coastal storm that brings the potential for heavy snow from Philly to Portland, ME. ECMWF is not exactly excited about that happening, but other models seem to be in agreement for a coastal storm.I will probably be updating the map the rest of the week as new information comes in.

4 thoughts on “Storm Hits this Weekend into Early Week, First Look at Snowfall”