UPDATED: Blizzard for NJ to Maine 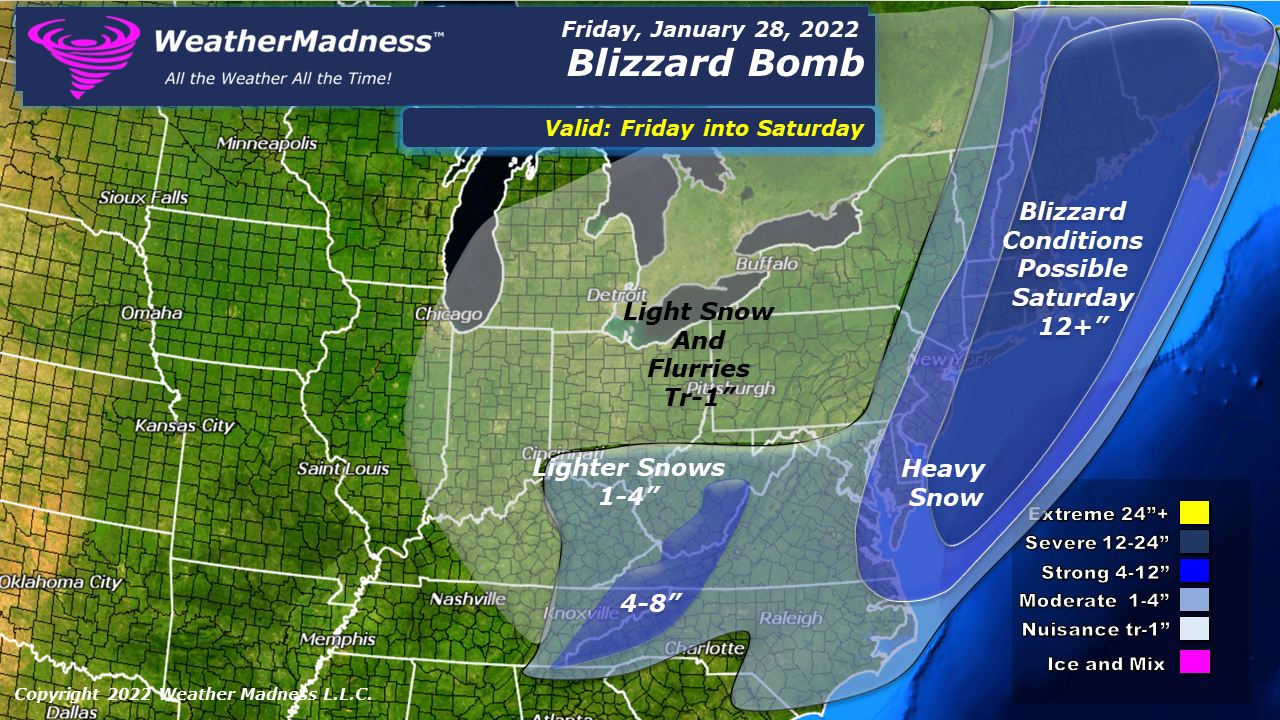 FRIDAY UPDATE – The models shifted to the west overnight which means the heavy snow will fall into NJ and NYC now. New England will still see a Blizzard Bomb with thunder and lightning that will cause that area to be shut down for a couple of days while they dig out. That blizzard will go up into Maine as well. I think the top snow amount will be 28 inches in parts of eastern New England. Overall, 4+ inches of snow will fall from Norfolk to NYC with some areas of The Delmarva into NJ having 12-18 inches of snow.

THURSDAY – The models seem to be coming into a consensus finally on the storm and based on all the information this morning, the blizzard will hit eastern New England into Maine. That area will see winds over 40 mph and heavy snow with the potential of 12-20 inches of snow. These areas where the blizzard hits will be shut down for a few days as people dig out and roads are cleared.

The reason the storm will hit just eastern New England has to do with the lack of blocking and too much jet on the west side of the trough. With all that jet, it will latterly push the trough east into the eastern Atlantic which means the surface low will bomb-out way to late to impact the Mid-Atlantic.

Down the coast, snow, heavy at times will occur from western New England through New Jersey into The Delmarva and eastern North Carolina. That area will see 4+ inches of snow with some blowing snow too. Travel conditions will be poor.

Interestingly, there will be a sharp cutoff to the snow between the 4+ inches and just a coating to the west of the storm track.

2 thoughts on “UPDATED: Blizzard for NJ to Maine”