Thursday Update: I made some changes to the snow map by shifting the snow south and lessening the snow some due to the speed of the storm. I think max amounts will be 15 inches only due to the short duration of the snow. But during the snow, the snow will come down heavy with rates of 1-2 inches per hour with winds gusting over 35 mph. Expect poor travel conditions.

Wednesday Update – The snow is coming down the Rockies this morning and the upper level system that will bring the storm is now coming through Arizona. The two will combine tonight over the Southern Plains and produce low pressure over Oklahoma. That means heavy snow will develop in Kansas while severe storms will develop across Oklahoma. The heavy snow will move into Missouri, Illinois and Michigan Thursday. Winds will pick up with gusts over 35 mph creating poor travel and near blizzard conditions. Snowfall will be over a foot of snow in many areas as you can see on the map above and the models below. The snow will last about 12 hours in any one location since the storm will be moving along. Eastern Canada will see heavy snow and blowing snow as well impacting Ottawa and Quebec City.

Feb 12- The snow that will start in the Rockies and Front Range with heavy snow will move into the Plains and Midwest with heavy snow and possible blizzard conditions. The storm may even produce blizzard conditions into Chicago which could shut the city down. A storm like this will shut down roads due to the heavy nature of the snow and the massive blowing and drifting of the snow.

Snow will start in the Rockies and along the Front Range where amounts will range from 4-12 inches. The storm will develop in the Plains where thunderstorms will move into the cold air causing extreme snow amounts from Kansas into eastern Canada. The blizzard conditions will develop from northern Missouri into Michigan by Thursday afternoon. That area will see winds over 40 mph with snow rates of 1-2 inches per hour. Travel will become extremely poor and many areas will get shut down for a time.

The heavy snow will move into eastern Canada impacting Ottawa and Quebec city with snow amounts to almost a foot or so.

Rain will change over to snow showers behind the cold front from the Ohio Valley into the Northeast. The area could see a coating of snow and icy conditions. 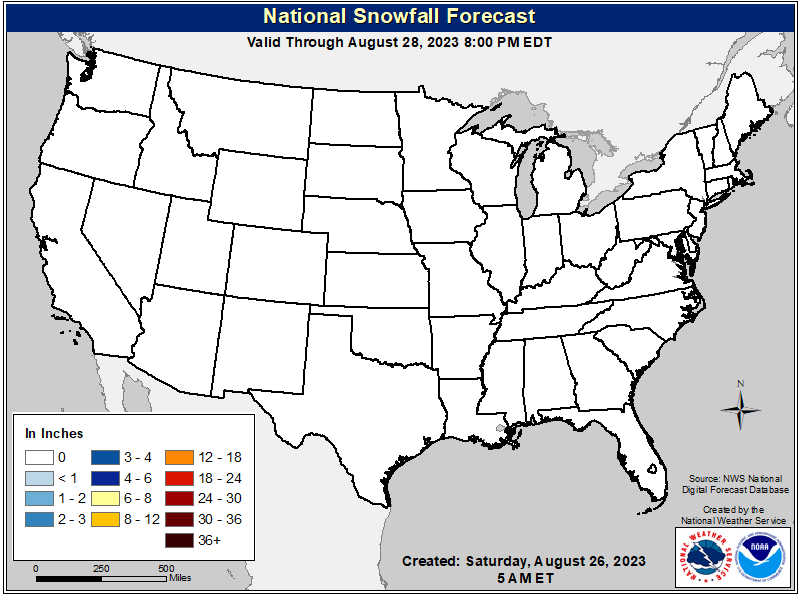 A Complex of Storms with Strong Wind Gusts