Kuchera Method for Snow Amounts Seems to be Working Best! 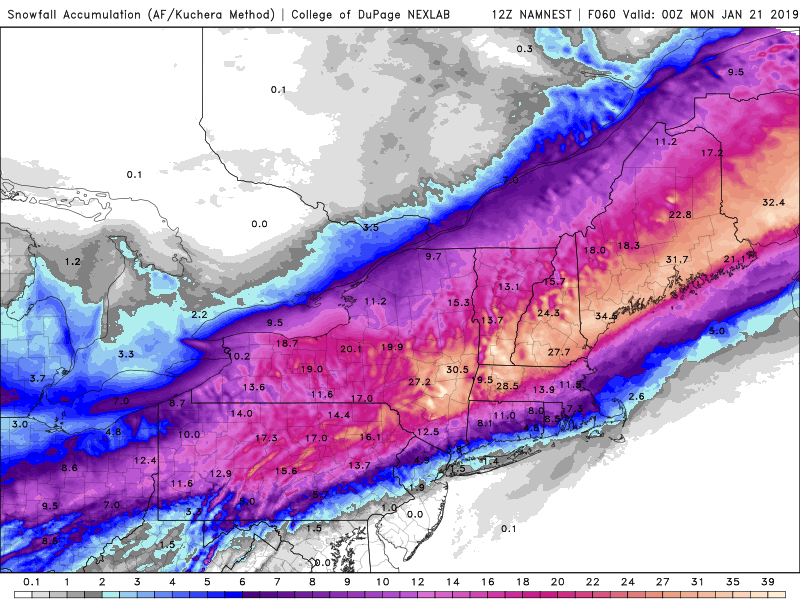 So far based on observations, the snow amounts in South Dakota seem to be following the Kuchera method. if that continues to be the trend with the storm, here are the model maps for the kuchera methods based off the NAM model. The GFS seems to be too low so far while the NAM seems to be to better with snow amounts. Just an observation to share. Something tells me that localization of the models will do best in this storm given the convective nature. 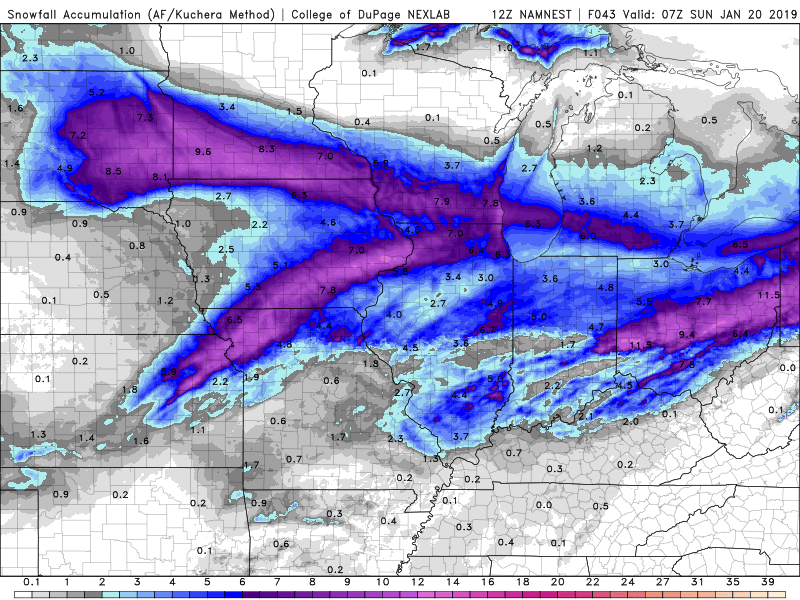 From the COD Meteorology Site.

Notes: This product shows solely the total amount of snowfall using a solid-to-liquid-equivalent ratio derived from the Kuchera Method. Where Tmax represents the maximum temperature in the lowest 500mb in Kelvin, the Kuchera Method uses one of the following two formulas to approximate snowfall ratio based on the value of Tmax being greater or less than 271.16K (~28°F or ~-2°C).

The snowfall amount is then calculated by multiplying ratio by the forecast QPF. The amount displayed is cumulative, starting at the beginning of the model run and accumulating throughout the entire forecast period.